It’s all very well spanking a few grand on some Nike SBs and shouting over Instagram that you’re ‘deep in the game’, but that’s not the way to do things properly. When someone comes along who’s showing a genuine interest in something slightly off the beaten path, it deserves applauding.

Marcel Holzmann (AKA Prince-Jamal) has got one of the most interesting collections out there and isn’t afraid to share it with everyone on his amazing Instagram account. After working with the mighty Le Coq Sportif on their amazing LCS R1000 retro, we dropped him a line for a few exclusive words about his involvement in the project.

1) How did you link up with the guys at Le Coq Sportif?

Marc Chamberlain from LCS UK contacted me on the Crooked Tongues forum at the beginning of 2012. Marc was asking for some detailed shots of my LCS shoes, especially the Flash model.

2) Once you were in touch with LCS, how did the process work?

When I first met all the great guys from LCS in Paris 2012, I was cordially received and they showed me the stunning showrooms, office rooms and introduced me to everybody. Then we sat down at the table and I showed them the 7 or 8 pairs of Vintage LCS shoes I brought with me to Paris.

3) The retro of the LCSR1000 looks spot-on to us. Were there any compromises or changes that had to be made before the re-release could come out?

The measurements of the upper parts and the mudguard were very important but the heel of the R1000 sample was totally different. LCS only had the catalogue pictures so they used synthetic suede for the samples of the heel part first. After seeing the original R1000 they recognised the different measurements and also that the heel was made of plastic.

4) In an ideal world and with no limitations, what would you like to bring back?

Well, that is really difficult. Too many great LCS models out there I would love to see as a retro but probably my biggest wishes would be Super Quartz and some of the RXXX models like R1100, R850 and R500 … and many many more. So much old LCS heat out there!

5) To round off, let us know five of your favourite LCS gems in your closet!

Hungry to see the jewels in Marcel’s chest? Then head over to his Instagram account: @princejamal81 for a closer look at what’s in his crate. 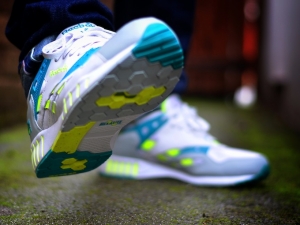 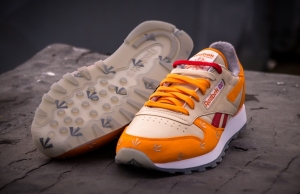