Rob Smith has carved out a name for himself in the UK skate scene over the years and with a number of exciting projects bubbling away, we thought we’d catch up with him and see what’s what.

1) Hi Rob. First up, tell us a little bit about yourself, what you do and who your sponsors are…

My name is Rob Smith and I am from Manchester but currently living in London. I am a professional skateboarder: my sponsors are Supra Footwear, Death Skateboards, Carhartt, Electric, the Black Sheep store, Independent, Ricta wheels and Official Headwear.

2) You’re heavily affiliated with the guys at Supra. How did that come about and how long have you been involved with the brand?

I think for around 2 years now. I had a previous footwear sponsor and I wasn’t really feeling the vibe of the brand anymore. I loved the whole Supra thing – the shoes and the team – and had done since day one. I quit my footwear sponsor at the time and went out and bought Supras to skate in. I met a lot of the team in Manchester during a Supra European tour in 2011: I skated in the demo with those guys and soon after Vaughan (Baker) got the job as TM at Supra in Europe. He called me up on day one of his job and asked me if I wanted to ride for them. So it was a no-brainier for me – of course! This was the one footwear company I was totally into, so, yeah, that’s how it started.

3) What’s your connection with the Black Sheep store? How long have you been involved with those guys?

Well, being from Manchester, these guys have been my local skate store for the last 8 years or so: I have known Tez since I started skating in Bolton 14 years ago and I met Harry when he opened Central Skatepark in Manchester in 2005. These guys are totally in it for the right reasons and have been since day one – they put everything back into skateboarding, the scene, the skatepark and the skaters. It’s rad to be a part of it and it motivates me to be productive and do things for the right reasons.

4) Down to business: tell us a little bit about what shoes you’re currently skating in – and what shoes do you wear when not skating?

At the moment I’m skating in the all black leather Ellingtons with a gum sole, and also the Hammers. I like to skate in hightops too, so sometimes I skate in Skytop 3’s. I mainly chill in Ellingtons or Skytop 3’s

As always, each year gets busier than my last. I’m going back to India in January, then I plan to go to Tampa Pro in March. A small brand/crew that me and a couple of friends run called CRV WKD has a big collaboration coming up and we have a huge trip with Carhartt lined up this year that I am stoked on… but you will have to wait to find out about that one.

As for ‘White Noise’, it’s a video that I filmed for between 2009 and 2012. I was travelling so much and meeting a lot of people that I knew it would be silly not to document it all. For those 3 years, I filmed on every trip I went on and the end result was White Noise. I had a premiere of it in Manchester this time last year. So a year later I have released it on my YouTube page, and Sidewalk, part by part. Also, I have a new video coming out soon – it’s a Black Sheep scene video that a lot of different filmers contributed to, which we premiered on the 23rd of December, again in Manchester.

Big thanks to Rob, Vaughan, Harry, Supra & The Black Sheep Store… and make sure you’re following the man himself over on twitter, here… to stay up-to-date with all things dogger.

Check out Robs part in ‘White Noise’ below, and catch all the footage released so far over on SIDEWALK by clicking here…  and the full SUPRA footwear range is available now with THE BLACK SHEEP STORE, via the link-through below. 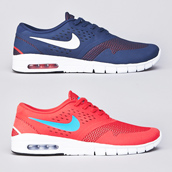 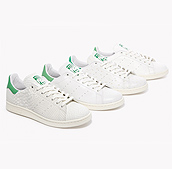