On Saturday 27.7.13 Manchester will play host to the first 6ACRE KICKS FESTIVAL, which is looking set to offer an excellent array of trainers and clothing under the roof space of 2022NQ, located in the Northern Quarter of the city centre.

It’ll be the first time such an event has taken place north of Birmingham and the steady interest that the crew have managed to build up around the event over these past few weeks, shows that there’s definitely the market in the city for this kind of day out. There’s a good selection of traders already confirmed, with the likes of Strictly Sneakers, Soleheaven, Aprils Kicks and The Black Sheep Store signed up, and a fair few others dotting the i’s and crossing the t’s on their forms. There’s also a swap shop set up, where you can bring along up to three pairs to trade or sell without having to take up a pitch, and grab something from others doing the same.

Kicking off at 12 midday, it’s 2 quid on the door, and with all the 5 quid VIP tickets selling out in as many hours it’s a promising sign that the interest is definitely there, so arriving early for a good spot in the queue is recommended. As well as the buying, selling and trading of trainers and clothing, there’ll be DJ’s throughout the day, a selection of customisers and street artists, a barbers, and the more than welcome all day bar and food stalls.

We’re going to try to make it up to MANCHESTER for the day on Saturday 27.7.13 so we can report back with a round up of the event, as it’s shaping up to be a good one. If you’re around we’ll see you there, and to be kept up to date on the run up to the day, make sure you’re following the 6ACRE KICKS crew’s FACEBOOK page HERE, their INSTAGRAM feed HERE, and all their other social feeds too. 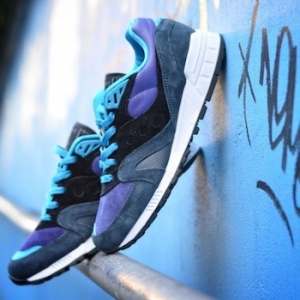 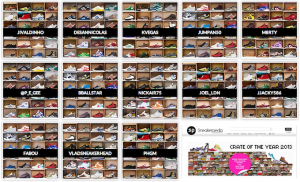 SNEAKERPEDIA CRATE OF THE YEAR 2013 COMPETITION