The NIKE x ACRONYM AIR VAPORMAX FLYKNIT MOC 2 set waves in motion when a couple of covertly-shot images leaked out a few weeks ago. But now that the full set of official images are here via Nike, it’s safe to say that this release is about as divisive as it gets! Prepare yourselves for another frenzy when the second of the three colourways launches this week.

There’s no denying that Acronym founder/designer/ninja Errolson Hugh is a master of his trade: pick up any item of apparel that’s come from his studios and you’ll see an unparalleled attention to detail. Modernistic designs, fashioned in advanced fabrics are backed up with strong branding and an overall aesthetic that has everyone from Stone Island, United Arrows and Herno Laminar through to Burton and Porsche employing his talents. We’ve already seen his skills on several Nike collaborations – the ACRONYM x NIKELAB LUNAR FORCE 1 ZIP, the ACRONYM x NIKELAB AIR PRESTO MID, the NIKE AF1 DOWNTOWN HI and his work for Nike ACG, such as the KMTR – and this next instalment for NikeLab certainly doesn’t disappoint.

The Nike Air VaporMax Flyknit Moc 2 is a laceless hybrid of the original VaporMax, very similar to the silhouette utilised on the earlier collaboration releases with COMME des GARÇONS. Striking and disruptive patterns are used extensively throughout the uppers, off-set with VaporMax Air chambers and contrasting details elsewhere. The infamous ACR branding is also given plenty of prominence on the heel and co-branded insoles. There are three colourways in this pack: Light Bone/Black, Black/Volt-Black and Sail/Dark Stucco-Cargo Khaki. We can definitely chalk this one up as another home run from Berlin’s finest sensei.

The NIKE x ACRONYM AIR VAPORMAX FLYKNIT MOC 2 is dropping in stages: the Light Bone/Black colourway dropped back in March, followed by the Black/Black/Volt edition. This week sees the Sail/Cargo Khaki/Dark Stucco colourway dropping on TUESDAY 15 MAY. Click the banner below to see the release page with full stockist details. 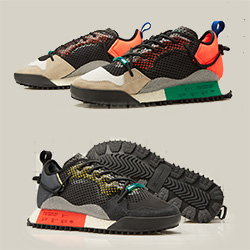 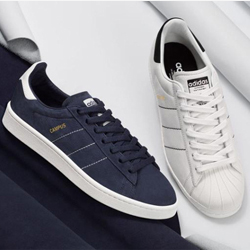