We all love a bit of a tale when it comes to our footwear – and this release is straight out of the storybooks. The ADIDAS CITY MARATHON PT was rediscovered when a 90 year-old former employee of the brand found a pair in his attic during a house move. Having been lost and forgotten for over 30 years, the crew behind the three-stripes have re-engineered the base shoe, bringing it back for a very hungry audience. This year has seen a number of classic ADIDAS pieces brought back with great success and this release should be no different.

Of the three colourways in the pack, we’re finding ourselves leaning towards the navy blue pair, which represents the city of Berlin, but in all honesty, the shoe works really well in both the Chicago and New York make-ups too. It’s a ‘sensible’ piece of athletic footwear in this guise, but we’d be interested to see what happens when the kids get their crayons out too. The simple upper is nicely placed on top of the ever-popular Dellinger webbing system (designed to aid shock absorption and cushioning) which looks as good as it functions, and the curled-up sole on the front of the toebox gives a nostalgic nod to the running shapes of the past.

As an additional touch to add something new to a classic model, the heel tab features printed numbers – 42.195 – to denote a complete marathon course in kilometers.

The ADIDAS CITY MARATHON PT PACK is available now via the link-through below. 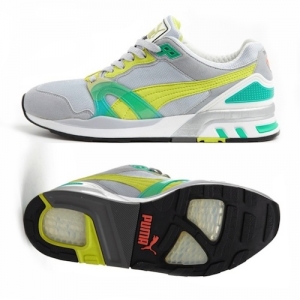 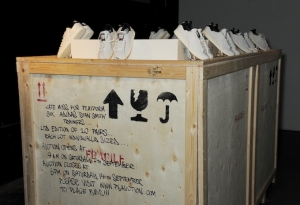