Woody and the SNEAKER FREAKER crew certainly know how to put a good-looking shoe together. Look back over the SF archive and you’ll see some of the finest footwear collaborations ever created. Having worked their way through the design departments at several brands, it was high time that they infiltrated the headquarters of ADIDAS CONSORTIUM.

With most of their previous projects involving running shapes, the TORSION INTEGRAL S is a nice switch up to something a bit chunkier. The Torsion Integral is on-point enough to look like a modern shape, but the original incarnation appeared in 1992: rumours of a wider retro release have been floating around for a while, so hopefully we’ll see some more colourways appearing soon.

That said, they’re going to have to try hard to beat these two banging schemes from our Antipodean friends. The first up is a tasty black, mint and grey version that will be perfect for hiding in the dark winter nights, whilst the second one is a slick light grey, salmon pink and (there it is!) purple number. Nubuck, leather, mesh – the perfect trio of materials – make both of these a no-brainer.

The ADIDAS CONSORTIUM X SNEAKER FREAKER TORSION INTEGRAL S PACK consisting of the both the Black / Mint Grey and Grey / Salmon Pink / Purple colourways is scheduled to drop globally on SATURDAY 21.12.13 from 00:00hrs GMT onwards and the confirmed list of UK adidas Consortium stockists can be found via the link-through below. 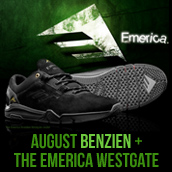 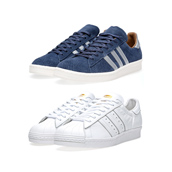