Adidas had a quiet 2013 in some respects, but a repeat performance looks pretty unlikely – we’re only three weeks into 2014 and they’ve already unleashed one of their big guns for a very welcome return – the ADIDAS ORIGINALS STAN SMITH.

If you’ve never owned a pair of Stans I feel bad for you, son. And I also think you might be lying. This is a piece of footwear that goes beyond the pigeon-holed realms of athletic wear, football casuals, basketball classics, tech innovations or retro runners – a fresh pair of Stans can look right and get a nod of respect everywhere from rainy UK estates through to sunny Californian country clubs. Everybody’s worn them – for a kickabout in the park, to the pub, in a club, on court, in court, and with jeans, joggers, shorts, or black leather pants if you’re Jay-Z.

On these shores at least, the man behind the shoe is a forgotten champ – a US tennis ace long before Sampras and Agassi, but a name now more recognised for the green of the Adidas logo than for the green of the grass court. Not that that’s a bad thing, Mr Smith’s legacy is maybe more important to true trainer fanatics than it is to tennis bods – alongside Adidas he’s given us a universally respected, iconic and truly timeless shoe that’s been imitated by everyone from budget brands to couture labels.

Which brings us to today’s release. After a couple of years’ absence it would have been easy (and predictable) for Adidas to team up with a bunch of collaborators for some wild themed versions, but less is more with this shoe, so they’ve kept it simple: classic slimline cup sole, quality leather, minimal branding, OG-style sockliner and Stan’s mugshot on the tongue. It’s this formula that made the shoe a classic in the first place, and it really works here in all three colours, with the subtle off-white upper adding something a little different without compromising on freshness.

This shoe isn’t about limited editions and hype, it’s about respecting heritage, and everyone should have at least one pair of Stans in the crate. The ADIDAS ORIGINALS STAN SMITH is available now and can be found via the link-through below. 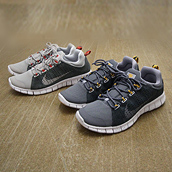 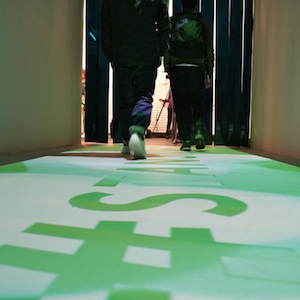