The ADIDAS X PARLEY FOR THE OCEANS FOOTWEAR CONCEPT is designed to raise awareness of the terrible condition of our oceans.

PARLEY FOR THE OCEANS has a history of collaborating on conservation projects and this latest one with ADIDAS relates to their Ocean Plastic Program, which aims to bring an end to aquatic plastic pollution. As part of this collaboration, ADIDAS and PARLEY have worked together to create their first prototype product: a trainer concept made entirely of yarns and filaments reclaimed from ocean waste and illegal deep-sea gill-nets. The upper sees a combination of white and green, with white providing the base, whilst the green detailing works its way in thin lines all the way around, creating quite a striking look. Underneath is a BOOST midsole, which is rounded off by a practical black outsole. We’ve seen the G-Star RAW project (in collaboration with Parley and Pharrell Williams) utilise this plastic waste efficiently before, so it’s great to see another application here.

The ADIDAS X PARLEY FOR THE OCEANS FOOTWEAR CONCEPT gives us an insight to consumer-ready ocean plastic products that will be revealed later this year. Make sure to keep checking back with us for updates on this worthy project. 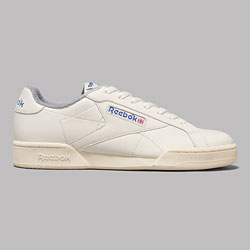 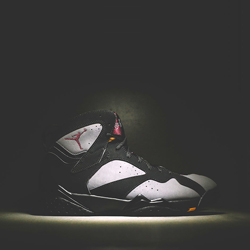