It’s safe to say that most things that seemed futuristic in the late 80’s look badly dated in the cold tech-obsessed light of 2013, but there are some exceptions, and the ADIDAS ORIGINALS ZX8000 AQUA is one of them. Adidas was clearly in the zone when it cooked these up in 1988 – sci-fi ‘Biomechanical’ running shoes that were much more ‘Akira’ than ‘Dr Who’- packed with tech, visually striking, and above all memorable!

As their top-tier runner aiming to provide maximum cushioning with minimum weight, the ZX8000 combined all the Trefoil’s innovations into a futuristically styled package. The 8000 teamed a Synthetic Suede and Nylon mesh upper with Polypag foam, a Purolite midsole, Monza F1 outsole, SoftCell heel unit, and of course it introduced the Torsion system combining the now familiar yellow outsole bar and the removable inlay sole. Yeah, these were pretty much the top trump in the ‘tech war’ that was raging between the big brands at the time.

The £85 price tag was fairly eye-popping, but so was the launch colourway! That aqua blue teamed with the yellow lemon-peel was an inspired choice and made these an instant icon – the type of shoe you’d be drawing big biro circles round in the Kays Catalogue in the vague hope your mother would stump up the cash…

Whilst the ZX8000 has been treated to plenty of other solid colourways over the years, none of them really touch this one, and likewise that blue and lemon doesn’t work as well on any other shoe, (with the possible exception of the amazing Footpatrol ZX800) meaning these really are the definitive versions.

The good news is that these have aged gracefully and the 2013 release stays true to earlier 2004 and 2009 versions with decent build, shape and attention to detail. Just like those versions the fit is fairly narrow, and they feel superb on foot – all that tech isn’t just there for the sake of it!

Overall this is a welcome return of a true legend – all the key features are there and the price has hardly risen since ’88. The ADIDAS ORIGINALS ZX8000 AQUA is now available and can be found by hitting the link-through below. 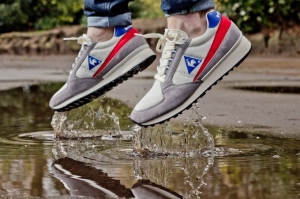 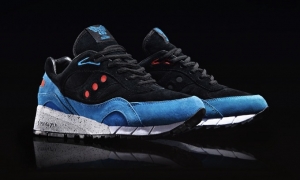