It’s always nice to be proved right. Last year we predicted that ASICS’ latest remake of a 90s catalogue shoe would grow beyond the OG colours into big things and since then we’ve seen a number of collaborators work on the silhouette, with some nice results and ever-increasing levels of hype. It’s always good to see some homegrown content, so we were excited to see what ASICS were cooking with OFFSPRING when the two announced that a GEL-LYTE V would form part of their upcoming DESERT PACK. Very few UK trainer stores sport the credentials that Offspring do – a Covent Garden mainstay since the mid-90s which has since branched out around London and reached Birmingham and Manchester, it has always been a source of decent footwear and one of the few spots that has consistently catered to the ladies (plus they know how to throw a decent launch party!) Despite having been around for ages though, Offspring have only recently begun to flex their collaborative skills again, led by the creativity of multitasking buyer/designer, Aman Tak. For the Desert Pack, comprised of an ASICS Gel Lyte V and an Onitsuka Tiger Shaw Runner, Offspring have simply gone with palettes that could be found in a typical desert landscape at dusk and midnight respectively. Whilst this could have led to some fairly dull and predictable shoes, it’s actually done the opposite: a unique take on the Gel Lyte V and a simple but effective takedown of the Shaw Runner. The Shaw’s a decent shoe, but naturally it’s the V that’s got most of our attention. From the floor up the V features pale teal and clear gum sole sections, sat on a bone-coloured midsole topped off with a speckled blue panel. The base of the toebox and side sections swaps mesh for long-nap suede in a light sand tone, which are wrapped with a deep purple suede mudguard and vamp panel. The Huarache-style tongue wrap and heel sport a chocolate brown, with an oasis of pale blue for the lining, lace aglets and logos. And don’t forget the pale pink and 3M Asics cross-stripes! At first glance it’s a pretty involved palette with a lot going on, but the end result is a uniquely subtle, autumn-toned affair which is a long way from the ‘white with a neon pop’ OG colourways and a welcome break from the all-over tonal approaches from some other collaborators. But what takes the shoe to the next level is the materials – plush, buttery long nap suede for the sand tones helps to evoke some desert texture, and quality smooth suede makes the purple and browns feel mad velvety. Offspring’s mean mugging logo and ASICS typeface also feature on woven footbed patches too, taking the premium feel inside the shoe. As usual for a Gel Lyte V it’s a snug fit around the ankle (but true to size otherwise) and shape and comfort don’t disappoint. Whilst we’ve done pretty well so far to avoid desert puns – these are definitely heat! There are only a handful of UK names that have major clout when it comes to trainer collabs, but with this release Offspring are quickly climbing the ranking, and deservedly so. Whilst the first drop sold out in seconds, if you’re thirsty for the ASICS X OFFSPRING GEL-LYTE V and the OT SHAW RUNNER from the DESERT PACK you’ve got a second bite at the cherry this weekend when they see a wider, European release – and we’ve got the comprehensive, confirmed list of European stockists for you to choose from too, via the link-through below. Be warned though, pretty much all stores will be dropping them in-store first, so if you’re not in one of the cities where we’ve listed a retailer, then you’d best get a flight booked, pronto. 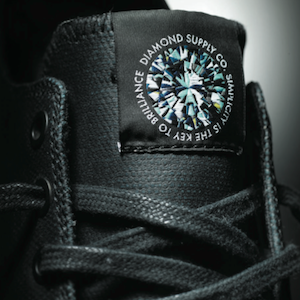 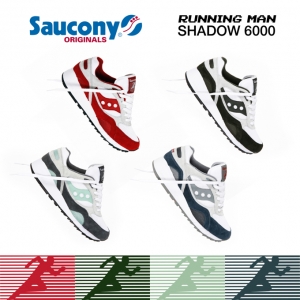