As we first reported a couple of weeks back, cult footwear brand ETONIC are storming back into the game by reissuing some of their best-loved models for 2014. First up: Hakeem Olajuwon’s AKEEM THE DREAM.

First produced exactly 20 years in 1984 for his rookie season, Hakeem’s signature shoe has been scarcely seen since and has consequently developed a revered status amongst some collectors. Currently it is nigh-on impossible to get your hands on a pair of The Dreams in any respectable condition, so now retro heads can thank their lucky stars that Etonic have once again linked up with Olajuwon to dredge the silhouette out of the archive. What’s more is they have also recruited former Jordan Brand design director D’Wayne Edwards to develop a new ‘Brand Dream’ line of footwear, apparel and accessories — it’s quite clear that Etonic have put a lot of thought and resources into their re-emergence.

The Akeem the Dream model was somewhat a precursor to the Jordan line, in that it was a technical basketball shoe that transcended seamlessly from the court to the street; good looks, strong colourways and the prestige that Olajuwon gave it made The Dream an unbeatable choice back then. The shoe will release later this year in its original, all-leather form in three colourways: home-and-away Houston Rockets makeups and a black and white makeup. Details to note are those rear stability straps, a pioneering technical aspect at the time, and the original woven ‘Akeem’ tongue label.

The ETONIC AKEEM THE DREAM is set to drop in the UK this JUNE 2014 with FOOTPATROL & OI-POLLOI, and globally with ETONIC, UBIQ, ATMOS TOKYO & ATMOS NY, NICE KICKS, CONVEYOR LA, and BARNEYS NY. Keep an eye on the site and our social feeds for more ETONIC reissue news over the coming months. 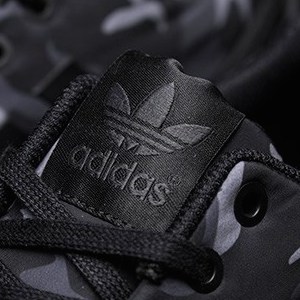 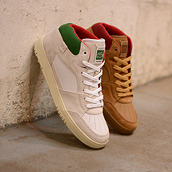