With the ongoing obsession with retro running footwear showing no signs of abating, cult favourite ETONIC have jumped back into the fray, announcing a relaunch and the reissue of some key silhouettes.

It is undeniable that the interest in and demand for brands outside the ‘big two’ has grown hugely in the past few years and this can be put down to a number of things—social media, the aforementioned retro running trend or the rareness of the shoes themselves, to mention a few. Whatever it was that caused it, Etonic definitely have a presence within the trainer scene and they’re looking to act on that by launching themselves back into the market. We caught a couple of glimpses at the upcoming collection and there is definitely some bits to excite the vintage fiend and the casual consumer alike.

Among the bring-backs are the KM, a lightweight suede and nylon marathon runner, and the Trans-Am, a beefier, suede-built trainer. Both of these models are being released in a whole spectrum of colours, with the first batch due to drop at the beginning of summer. As first detailed here, Etonic have renewed their partnership with Hakeem Olajuwon in order to bring back his signature footwear and apparel range, starting with the ‘Akeem the Dream’ basketball shoe, which will release in three colours. Perhaps the most anticipated of all will be the Stable Air, a retro of an early 90s performance model that was specifically designed to lock the foot down to prevent injury. That techy exposed skeleton, neoprene sock and wild lining pattern is exactly the aesthetic for which vintage collectors scour the depths of the internet. Stay with The Drop Date for all the news on the return of ETONIC, we will keep you updated with all the release info ahead of the drops. 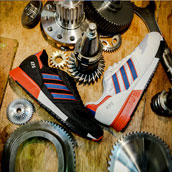 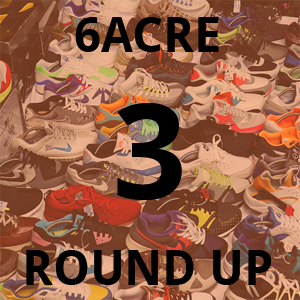 6ACRE III ROUND UP