The FOOTPATROL X GILLES PETERSON WORLDWIDE AWARDS is a partnership between two of the music industry’s most respected names, Gilles Peterson and Brownswood Recordings, for the Worldwide Awards 2015, with Footpatrol as official sponsors of the coveted ‘Track of the Year’ category.

As an annual celebration of the leftfield underground, as Gilles puts it, “They were set up to celebrate a side of music that often gets ignored”. Following an incredibly successful partnership for the Worldwide Awards Afterparty last year, Footpatrol and Gilles Peterson Worldwide are back again for the main awards event and to present ‘The Footpatrol Track of the Year Award’ for 2015. SATURDAY 17TH JANUARY 2015 marks the 10th anniversary of the event, and a return to London’s KOKO venue is the icing on the cake.

Voting is now open, so CLICK HERE or click the banner below to vote for your track of the year! 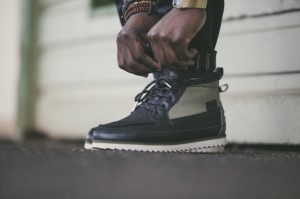