After a week’s worth of greyscale teasers involving lead balloons and U.S. patent documents that turned every one of their followers into a social media Sherlock Holmes, FOOTPATROL have finally lifted the curtain on their latest collaborative effort: the FOOTPATROL X NIKE AIR HUARACHE LIGHT ‘CONCRETE’.

This release marks the first team-up between the Swoosh and the Gasmask since the mid-noughties and the first of the Berwick Street incarnation of London’s premier footwear destination. It’s fitting, then, that the shoe that serves as the canvas for this long-awaited project hasn’t been available on shelves for about as long; the Huarache Light has been conspicuously absent from Nike’s roster in recent years except in a ‘Free’ form, which ticked zero boxes for anybody.

As is customary for a Footpatrol collaborative shoe, there is depth to the project – a gritty grey colour palette pays homage to the store’s home city, while ‘cementing’ the shoe’s cult status amongst the connoisseurs. The shoe itself is sure to keep fans of the silhouette happy: the materials are more than on-point and there is plenty of detail packed in. That sculpted, curving original sole unit makes a welcome return with some added metallic silver flecks, while 3M woven laces cinch up the translucent, shimmering lacecage. Added luminescence is given by a 3M toe panel that peeks out from the genuine suede mudguard. The finishing touches are a perforated leather inner and woven, numbered labels on the footbed—classy stuff.

The FOOTPATROL X NIKE AIR HUARACHE LIGHT ‘CONCRETE’ editions are scheduled to launch at the end of this week, and full release info can be found on the RELEASE PAGE via the link-through below. 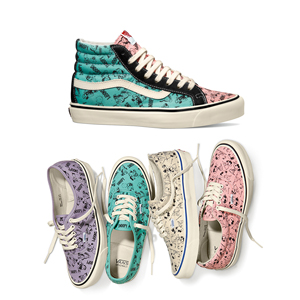