Last week THE DROP DATE partnered with FOOTPATROL to play host to Michael Dupouy and the La MJC crew as the promotional tour for ALL GONE 2014 rumbled into London.

The ALL GONE crew descended upon the Berwick Street store for the fourth year running and as usual the turnout was strong, with the demand to grab the yearly streetwear compendium and have it signed by the author as high as ever. A special edition of the publication was available in limited numbers for those who made the annual pilgrimage to pick up the encyclopaedia of the previous year’s limited edition releases—and it promptly sold out. It’s great to see that a physical publication still garners so much popularity in a predominantly digital age – ALL GONE certainly goes against the grain.

The party continued on nearby to The London Edition Basement after the signing concluded, with the soundtrack provided by License To Trill. Shouts to everyone who came through to the signing and the afterparty, we hope you had as much fun as us!

Stay tuned for an interview with the man himself, Michael Dupouy, which will be up shortly. 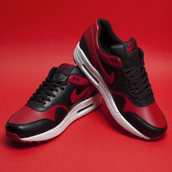 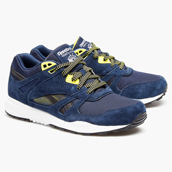