Le Coq Sportif have collaborated with some heavy hitters this year and they’re not done yet; after working with FootPatrol, Sneaker Freaker and 24Kilates they have teamed up with one of the UK’s longest standing online retailers to create the LE COQ SPORTIF & CROOKED TONGUES FLASH. The release is refreshingly free from the suffocating hype (read:corn) that surrounds most collaborations nowadays: it’s only loosely conceptual, taking its colours from that icon of Anglo-French connectivity, The Eurostar. It lacks a profound nickname (although they don’t mind you calling it ‘The French Exchange’) and they’ve even dropped the ubiquitous ‘X’ in favour of the more literally appropriate ampersand. The shoe itself is made up of a grey leather and mesh base instead of the more typical glossy nylon, a two-tone off-white midsole and a natural gum outsole. The usual synthetics have been traded for genuine suede, coming in yellow on the midsection and black on the heel tab. Reflective blue and red 3M detailing on the forefoot reference the train lights, while mechanical-looking carbon fibre patterning under the heel cutaways strengthens the allusion. Finishing it up are the luxurious blue sockliner, ‘CT’ references on the tongue and heel, and the almost-tricolore branding on the midsection. The LE COQ SPORTIF & CROOKED TONGUES FLASH drop exclusively with CT on SATURDAY 7.12.13 and as always come the time, we’ve got your back with the link-through below. 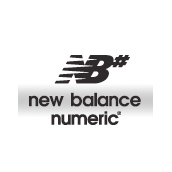 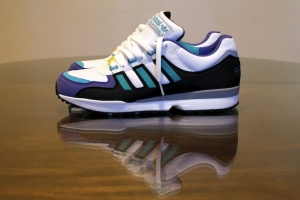