Whoa, whoa, whoa! Just a minute. Just stop and look at that image above again. A Size Huarache Light? In one of the best ACG colourways ever? Yes! The NIKE AIR HUARACHE LIGHT SIZE? EXCLUSIVE is, without a doubt, one of the strongest contenders for shoe of the year that we’ve seen yet. Whilst an accolade like that probably isn’t what the Size? team were thinking of when they opted to put the Mowabb colourway on the Light, we think it’s worthy.

Nike set the blueprint when they released the original Nike Air Mowabb back in 1991. It was (and is) an unusual design from the great mind of Tinker Hatfield, inspired by the landscape of Moab, Utah in the western United States. As an early part of the ACG program, it remains one of the most significant and important Nike models ever released. And, more importantly, those same colours work just as effectively over 20 years later.

Size? have put together some of the best co-labs and exclusives ever released over the past few years. When we heard there was a Huarache Light coming from them, we knew it would be something special – and they haven’t disappointed us. The retro of the Huarache Light model this year has been very good – a very minor shape change and some improvement on the sizing aside, it’s a very good re-release of one of our favourite shoes ever. And in this exclusive Size? make-up, it’s totally infallible.

The NIKE AIR HUARACHE LIGHT SIZE? EXCLUSIVE releases this FRIDAY 31ST OCTOBER exclusively at SIZE? Click the banner below to go direct to the release page… 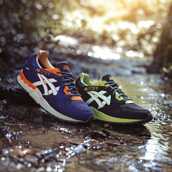 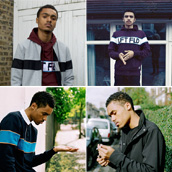