Considering that it’s only the end of February we’re a little surprised to be getting official images of the NIKE AIR JORDAN HOLIDAY 2015 COLLECTION. Even though there’s a wait before we can get your hands on a pair (or six), there’s something good to look forward to – and we can start saving up now!

The six-piece pack features three colourways of the NIKE AIR JORDAN VIII; the AQUA, first worn during the 1993 All-Star Game, the THREE TIMES A CHARM, a tribute to Chicago’s first three-peat championship season and the BLACK & CHROME, one of the first non-OG colorways released in 2003. The other three pairs are an AIR JORDAN I, which draws colours from Jordan’s collegiate alma mater, an AIR JORDAN VII, taking inspiration from a particular sweater he wore during an ad campaign – and the AIR JORDAN XIV LOW, which mixes black and varsity royal on the nubuck upper, with pops of maize.

We don’t expect to see the NIKE AIR JORDAN HOLIDAY 2015 COLLECTION for another six months… but you can be sure that when the time comes we’ll have all the info up on our RELEASE PAGE. Keep checking back! 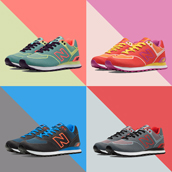