2013 is the 25th birthday of one of the greatest Jordan shoes of all time, and the celebrations continue this weekend with the release of the NIKE AIR JORDAN III FIRE RED.

After a slew of recent releases some people may be getting bored of the Jordan III, but we’ve always got time for an original colourway that MJ wore in one of his spectacular early seasons, and the Fire Reds are just such a beast. Last seen in 2007, and the only original colour not to have been re-released in 2011, these are overdue! It’s hard to give the Jordan III the props it deserves in a short article, but it’s definitive – it brought us the now ubiquitous Elephant print, the debut outing of the iconic Jumpman logo, the first time Visible Air had been used on a Jordan model, and it was the shoe that convinced MJ to stay with Nike at a time he was set to jump over to Adidas. Tinker Hatfield originally wanted to call the Jordan III the Jordan Revolution, and whilst that nametag didn’t stick, the design cues certainly did. The word classic is overused, but it’s the one that best defines Tinker and Michael’s original team-up. So, how’s the quality? Recent Jordan releases have been maligned for increasing prices despite a drop in the standard of build and materials, meaning this is the first question a lot of die-hard heads are asking on release day. The good news is that these are every bit as good as the 2011 colourways, and while they weren’t perfect in terms of shape or midsole paint durability, standards seemed to slip further after that point. In fact, apart from the ‘Nike AIR’ heeltab, there’s very little difference in shape, build or materials between the Fire Reds and the Cement 88’s which saw a limited release in February. The packaging also stays true to the original and whilst there’s no retro card, the Elephant print box, paper and product leaflet are present and correct. As usual these aren’t cheap, but for us the combination of one of the best-ever Jordan models in an OG colourway is too much to resist. The NIKE AIR JORDAN III FIRE RED drops on Saturday 3.8.13 at 08:00hrs BST, Full release info and direct retailer link-throughs can be found on the product page by clicking below. 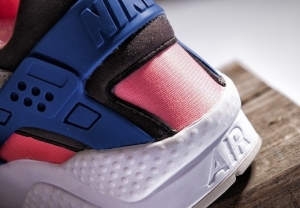 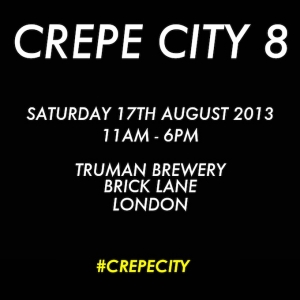