Everyone already knows that the first ever colourway of the Nike Air Max 1 will be coming our way sometime early in the new year, but we’re curious as to whether it’ll be able to pull off its acronym tags with confidence and have us deliberating whether we need another pair of the reds in our cupboards.

Commonly known as the 87 by those of us around long enough to remember its incarnation 25 years ago, the shoe is being returned to something like it’s early childhood make up and we think it looks like its going to be quite comfortable on the foot as well as the eye, too.

With its full title including OG (original) and VNTG (vintage) we are being taken back by the Goddess of Victory to the launch of the timeless classic, or as close to it as she can get with todays computerised manufacturing methods and tooling.

The outsole appears only lightly treated to give it that aged look, which is much more subtle than some of the earlier VNTG drops and is surrounded above by a suede overlay thats slightly tainted surface works well with the sole unit below. The mesh upper looks durable, and not too bright white so this adds nicely to the overall make up of a shoe. And the same would appear of the laces. It’s been toned down in every aspect to give it that orignal look and feel and its comforting to see a tongue that looks as comfortable as the colourway itself does. Pretty comforting all round, really.

So, we’ve deliberated… and we’re making space in our cupboards.

Spring 13 is the only info available so far but as soon as we have more confirmed details on the drop date, we’ll post it straight up. 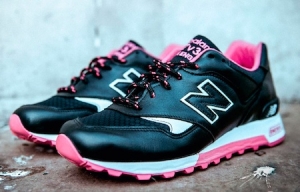