The NIKE AIR MAX COUNTRY CAMO PACK is a TIER ZERO release and easily one of the most anticipated drops of the year so far. Consisting of ten shoes split equally between five countries we have a project that pays homage to the respective countries military camouflage, and gets it’s pretty much spot on as well.

The NSW care package consists of a decent offering of AIR MAX, some with added HYPERFUSE tech, proudly draped from top to toe in the colours of their comrades fatigues. The French set out the AM1 and Classic BW in their ‘Central Europe’ camo, with Italy utilising the ‘Mediterranean Spray’ on their AM90 and AM97. Germany’s ‘Desert Fleck’ print is applied to their AM1 and AM180, while both the Japanese ‘JSDF Dot’ and the British ‘Two-colour Desert DPM’ patterns are applied to the AM90 and AM95. The branding remains subtle and each countries national flag is presented on the insoles of their respective shoes.

The first drop date for the NIKE AIR MAX COUNTRY CAMO PACK sees ITALY and FRANCE mobilise their inventory this SATURDAY 6.7.13 at 00:00hrs BST and we’ve got you linked through directly below. With this being on the TIER ZERO release program the numbers are hideously limited so synchronise watches, sleep with one eye open and we’ll see you over on the front line at zero hundred hours. 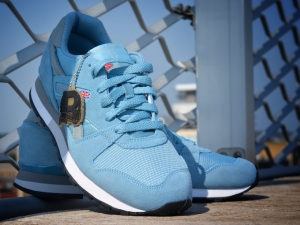