With the third retro edition of the NIKE AIR SAFARI almost upon us, London sneaker connoisseurs FOOTPATROL dug a little deeper into the history of the timeless late ‘80s model with a little help from Kish Kash and The Drop Date’s very own Joel Stoddart.

Die-hard fans of the Safari, the pair trace the inception of Tinker Hatfield’s ostrich leather sofa-inspired silhouette through to its current cult status (especially with the “older heads”) – commenting on the cultural impact of the shoe and pivotal associations that really fuelled the hype, including the likes of famed rapper Biz Markie. According to Kish, “back then the whole catalogue of Nike wasn’t available to Nike Europe. It was one of those silhouettes that were very in the moment, the colours were out there, Biz was wearing them, and on top of that, you couldn’t get them. All the ingredients really for something that has a mythical status.” Originally landing in the ‘Air Pack’ of 1987, it featured alongside the Air Max 1, Air Trainer 1, Air Revolution, and Air Sock. After receiving retro runs in both 2003 and 2012, the model’s now infamous print has seen its fair share of variation across the Swooshes long list of models, and as Joel comments in the interview: “It’s just one of those prints that can be applied to most silhouettes and look good, at least when the colour-blocking is as close to the original colourway as possible.”

Still as eagerly sought after over 30 years later, it’s safe to say that Tinker Hatfield’s bid to infuse luxury sensibilities into an everyday running shoe was quite the success. Read the in-depth interview in full here and get stocked up pronto…

The NIKE AIR SAFARI is AVAILABLE NOW with FOOTPATROL and other selected Nike stockists. Shop the latest products at FOOTPATROL by following the banner below. 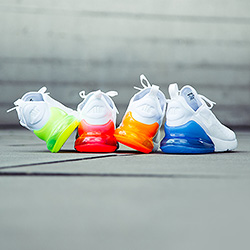 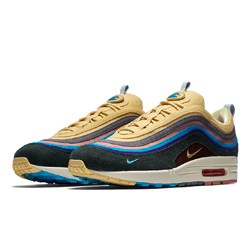