Apart from when it releases in its legendary original colourway, the NIKE AIR SAFARI is a shoe that happily dodges the hype. Perhaps overshadowed by its visible air cousins, the Safari has been given some low-key but very tasty makeups recently and we have just been treated to a massive drop of six more.

With so much of the thirst directed at the Air Max 1 of late, many tend to overlook the Safari for its lack of Tinker’s bubble; however in our minds there’s no denying the shoe’s clean lines, trademark pattern and timeless appeal. Nike seem to be of the same opinion as it looks like they’re going to give the model a lot of burn in 2014, starting with this colourful six-way drop–dubbed not-so-accurately by some as the monotone pack. Each shoe features the same colour blocking with a suede upper of black, cool grey, baroque brown, team red, dark citron or green abyss, accented with sail white on the swoosh, collar, tongue label and the two-tone midsole. Rather randomly the black, red and blue colour ups get mesh toeboxes while the other three stick with suede. The eponymous Safari pattern comes into play on the heel cup and mudguard in varying degrees of starkness depending on your colour choice. Given the group of six and the colour-based theme, we would go with the Power Ranger pack if we had to choose a nickname, but we don’t, so we won’t.

All colours of the NIKE AIR SAFARI are available now from Wellgosh via the link-through below. 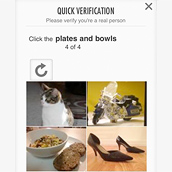