Back in ’92 everyone wanted be like Andre Agassi. Swagger is an over-used word these days but Andre had in bucketloads, right from his mullet down to his neon Nikes. ’92 was the year he proved he was more than a poster boy, winning Wimbledon to pick up his first Grand Slam trophy – and he did it with the NIKE AIR TECH CHALLENGE HUARACHE on his feet.

Fast forward to 2013 and Huaraches are once again hitting as hard as an overhead smash, and with the recent news that Agassi had re-inked his deal with Nike it was inevitable we’d see his signature line back on the shelves. Whilst Andre himself may not be as flamboyant these days, this first drop proves the Challenge Huarache is still as loud as ever, with the Atomic Orange /Purple versions a sure bet to snap necks, whilst the Cool Grey/Blue versions bring a touch more reserve to the proceedings – but still have enough pop to be frowned upon as at Centre Court!

It’s clear Nike aren’t trying to make these 1:1 reproductions of the ’92 originals, as these are brand new colourways, and the shoe uses the midsole of the Tech Challenge III rather than the slimmer midsole it was born with, but despite that we’re struggling to be too harsh on them – the combination of Huarache fit, cutaway mid-height, visible air unit and bold NIKE AIR branding on the heel is still potent, and the sample shots we’ve seen have the shape looking decent, thankfully without the bulky toes that have ruined some previous Agassi and Huarache retros.

The NIKE AIR TECH CHALLENGE HUARACHE has started to drop and can be found via the link-through below. 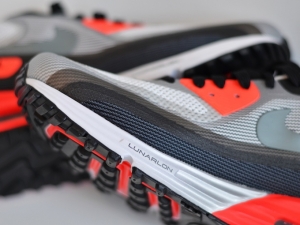 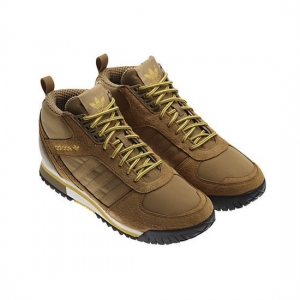