Some will argue, and rightly so in a good few cases of late, that the quality of some of Nike’s releases and reissues is way below the standards that their price tags suggest. But it seems that such a factor isn’t really a priority with a rogue faction of the trainer buying public anymore.

It isn’t about the quality for them, it’s now about the quantities and how easy it is to get their hands on the trainers that resell with the biggest mark-up. What percentage of units sold end up on auction sites, or changing hands on forums for stupid bucks we hate to guess, but based on the way some of the recent releases in the States have gone, it’s become a valuable commodity to the new breed of, well nasty little parasites if we’re totally honest.

When it comes to camping out for shoe releases, we in the UK have an enviable queuing etiquette. Holding each others spaces, fetching food and beers, and generally getting along just fine. We’re more of the mid morning in-store release types though, when everyone’s still a little sleepy and the coffee run’s not yet kicked in. We only really have a few major in-store releases in the UK these days so the closest to violence we get from midnight drops is the alarming desire to punch our screens when we cant check-out, or when our order confirmation is quickly followed with an ‘Unfortunately, due to a stock system error…’ email.

Reselling has always gone on, but the return have never been this high. The Huffington Post broke the news recently that Nike have instructed retailers in the US, that there will no longer be any midnight releases. They will be replaced with an 08:00hrs time slot in the hope of quelling the werewolf-like goings on that have made the headlines of late.

There are so any aspects for discussion when it comes to trainer releases so we’ll be putting together a feature on the subject shortly, but for now, you can link through to read the full article on Nike’s decision here…

…or maybe just check out the list of confirmed UK Stockists for the release of the Nike Air Jordan 7 Raptors on Friday at Midnight, here… 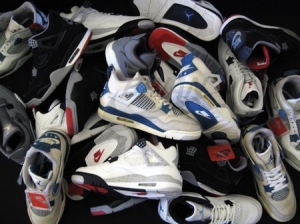 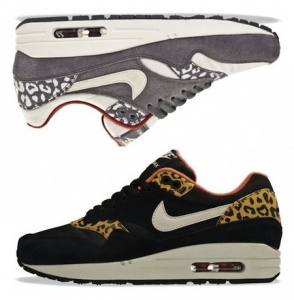