Nike have long been the masters of mixing their high-end performance technology with casual wearability, but we can’t think of a recent shoe that’s done this as well as the NIKE LUNAR FLYKNIT CHUKKA, and their latest crop of releases are summer stunners.

Unless you’ve been living under a rock since the start of the London Olympics you will have heard of Flyknit, Nike’s revolutionary new shoe design process that allows an entire upper to be woven from just a few independent threads. Worn on the feet of pretty much everyone who stepped on an Olympic podium last summer (including the swimmers!) Flyknit was huge on a performance level, with the woven tech giving the shoes a superb one-piece fit with no panel seams to cause friction, whilst also allowing the shoes to be EXTREMEMELY lightweight and breathable without sacrificing support.

Nike decided that February was the time to bless us with a more street-friendly Flyknit, and they did it in style, launching the mid-cut Chukka with the HTM ‘Snow Pack’. As per usual with HTM releases these limited editions were snapped up with the quickness, leaving heads thirsty for more. The shoe itself kept the Flyknit formula correct with the simple lightweight lunarlon sole seen on several previous lunar shoes, but raised the game by taking the silhouette up to the ankle, complete with dynamic Flywire laceloops forming a supportive web spanning the woven upper.

Whilst the HTM drops are always a bit special colourway wise, the inline versions of the chukka don’t disappoint on this front with these Wolf Grey and Midnight Fog versions being the pick of the bunch, bringing plenty of the HTM-style flecked weave to the party, along with some more aggressive pops of red and orange respectively – the result is a shoe that’s light, cool and utterly perfect for summer teamed with pinrolls or shorts.

Whilst these Wolf Greys and Midnight Fog NIKE LUNAR FLYKNIT CHUKKAS are our favourites, the University Red and Neo Turquoise versions are also bangers, and all can still be found on our RELEASES page if you’re quick enough! 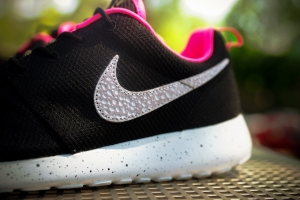 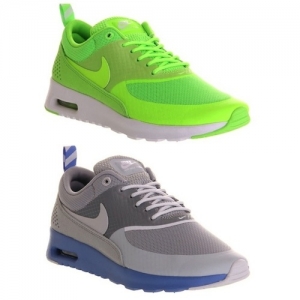