Presented in two appealing colourways – black with either Hyper Crimson or Lime Blast details and accents – the Nike Shox Enigma takes the best elements of its predecessors and adds some contemporary funk to the aesthetics along the way. First and foremost, it’s impossible to ignore the cushioning held within the sole unit. The Nike Shox system was groundbreaking at the time of its debut back in 2000 – and we can say that almost literally, as the first releases were a little cumbersome to wear, with the weight to match. However, as the programme developed the Shox range matured into something of legend, before slowly phasing out over the next decade. This new model is a treat to behold and has been designed to appeal to a wide audience. The iridescent material on their tongue works well with the marbled detailing and black nubuck mudguard, with the carbon fibre print on the heel overlay complements the grey accents at the top of the shoe. These should prove to be well worth a closer look when they drop shortly.

The NIKE SHOX ENIGMA is AVAILABLE NOW: follow the banner below for stockist information. 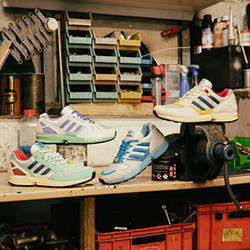 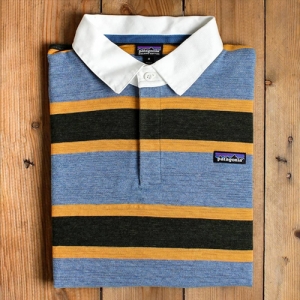