To help  celebrate 30 Years of the Air Force 1, Nike give us a sneak peak at the Lunar Force 1 which is set to launch in the next couple of weeks – and it was just too good to keep to ourselves. Playing with a classic silhouette such as an Air Force 1 takes a lot of courage and reasoning, but we already think that this one’s a winner.

Lunarlon cushioning on the midsole (with the trademark ribbing) and a supremely-clean Hyperfuse construction above deck makes one of the cleanest models in the arsenal even cleaner. Add a reflective Swoosh and you’ve got a fresh update to one of the most-loved shoes in history.

The Zoom Air-Sole unit remains in the heel, but the toe box has been narrowed very slightly and a couple of millimeters have been shaved off the rubber outsole, resulting in a lighter shoe. It’s minimisation without dumbing down – and we like it a lot. Check out our HEADS UP section in preparation for the first UK drop on Wednesday 12th December 2012 at 1948 London, Footpatrol and Dover Street Market followed by a second drop at Nike Town London, and Size? shortly afterwards on Saturday 15th December 2012. 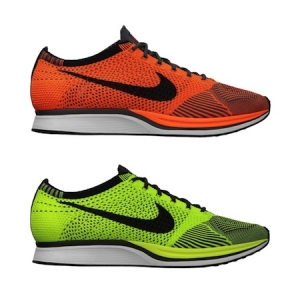 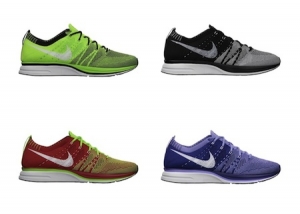