It was way back in August 2006 that the first pictures surfaced of the NIKE AIR MAX LIGHT reissue. It was off a phone, with just a handful of us privy to the images, and straight after, the conversations that ensued were evidence that most were pretty damn stoked that it’s second coming was imminent.

The Nike Festival of Air Launch, which took place at NikeTown London (awesome night, as all those there will agree), was a fitting place for the news to emerge, as the evening celebrated 27 years of Air (the ’79 Tailwind through to the Air Max 360) and the ‘Best In Show’ awards showcased more original Nike Air shoes in one place, that only the archives of the brand could beat.

The reissue was orchestrated by SIZE?, and to date, they have treated the silhouette as if it were their own. Some say that if it wasn’t for their determination to bring the shoe back, it may well still be sat alone, slowly crumbling and deflating, in the depths of the NIKE vault. It was a great move, as we’ve seen numerous excellent make ups over the past six years from the UK Retailer, but the Perf Pack inclusions are two of the strongest so far.

Finished in what can best be described as some ‘tough as old boots’ suede, the full colour upper has a premium look and feel to it, with the simplicity of white accents on the swoosh, tongue branding, heel embroidery and midsole, a two-tone gum outsole and star hatched perforations throughout the entire upper, this drop really is a great reworking of the 1989 classic, Air infused runner.

Along with the Gold / White colourway of the NIKE AIR MAX LIGHT PERF Pack, which we managed to get hold of to give you a closer look below, there’s the really strong Navy offering, too. Both are available now, from size uk5.5 to 12, and can be found by clicking on any of the shots below.

If you’re like us, you might want to pick up a tin of suede protector too, as these deserve to be kept looking as fresh out of the box, as the day you first got them. 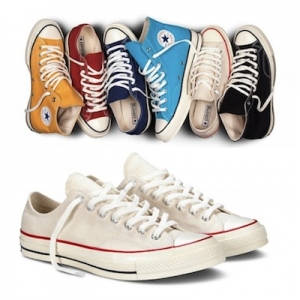