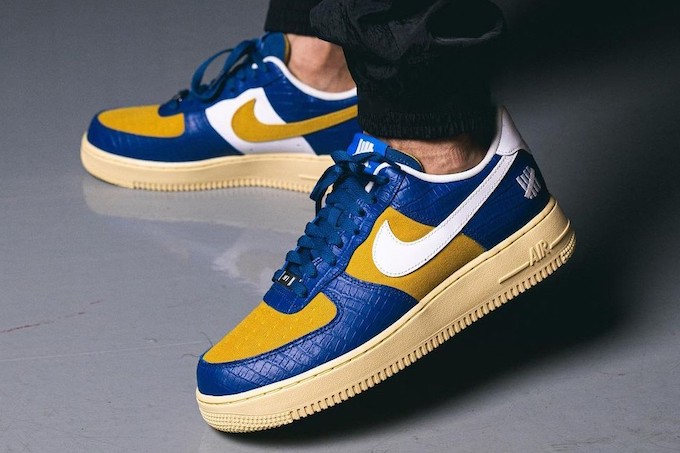 We’ve heard rumours of Los Angeles powerhouse UNDFTD’s forthcoming collab including both the Dunk and Air Force 1 but here may be the proof as we finally get a glimpse of the latter. The teased NIKE X UNDEFEATED AIR FORCE 1 LOW DUNK VS AF1 features a mix of shorthair suede in mustard pitted against royal blue croc leather overlays alongside fresh white Swooshes and Undefeated’s tally mark logo. A slightly yellowed midsole adds an aged aesthetic, rounding off one of UNDFTD’s most impressive collabs to date.

Update 20/07: A second colourway has also been added into the mix, seen below. The toned-down take features a predominantly white and light grey leather base decorated with plush grey suede. The Undefeated tally mark logo appears towards the back heel in white with blue croc swooshes completing the look.

The NIKE X UNDEFEATED AIR FORCE 1 LOW DUNK VS AF1 in Gold and Blue is available at resell with further pairs due to release on THURSDAY 30 SEPTEMBER: follow the banner below for stockist information. 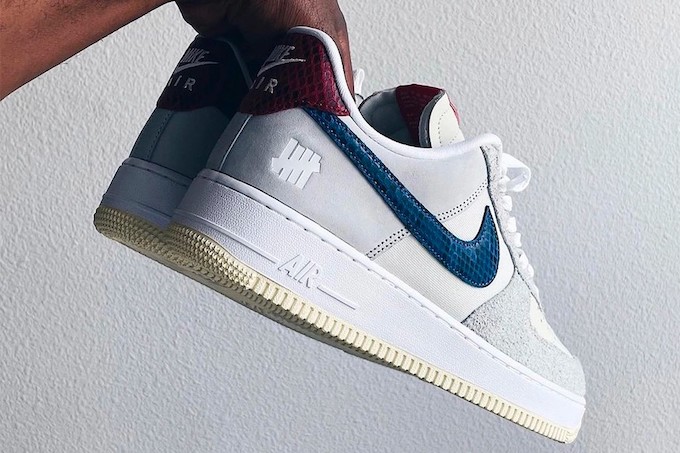 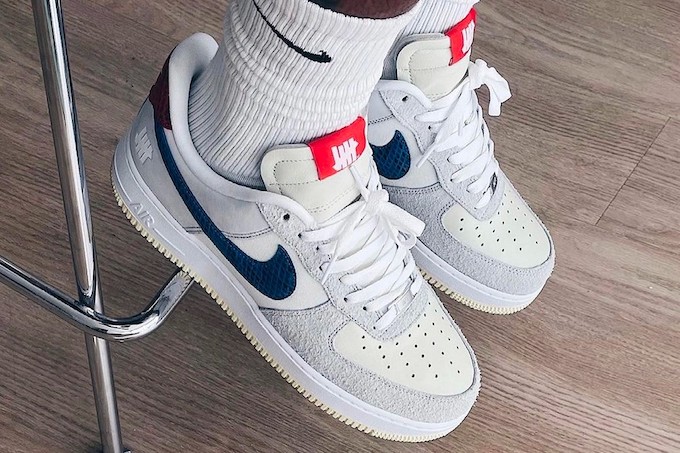 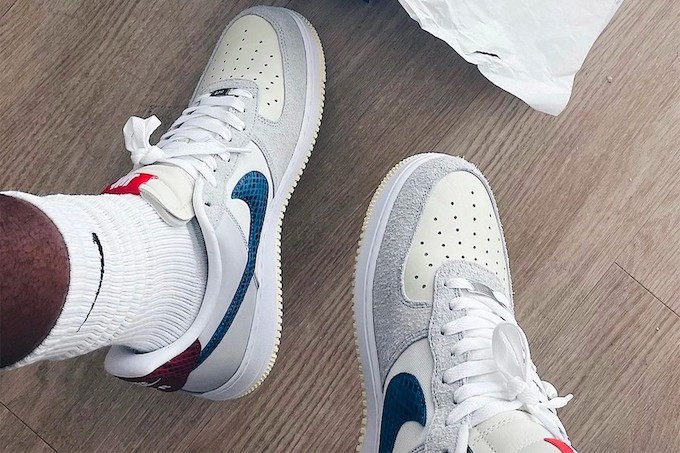 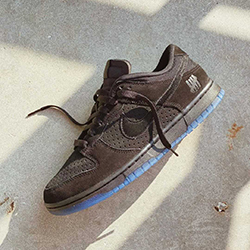 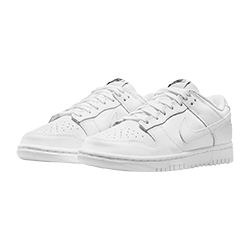 The Nike Dunk Low Triple White Strips Back to the Basics