As the sun sets, the nights sky softly breaks through a thin layer of clouds, intensifying the vast pallet of the suns particles… Such an event, known as the ‘Aurora Borealis’ occurs when highly charged electrons from solar winds interact with elements in the earth’s atmosphere and produce a trace-intensifying light show that blankets the night sky, and is the inspiration behind ONITSUKA TIGER and HANON’S latest collaboration, the COLORADO EIGHTY FIVE `Northern Liites’.

Following on from their GT II in 2010 with Onitsuka Tiger’s younger sibling, ASICS, Hanon have reignited their flame, using their 80’s runner as the basis. Featuring soft suedes along with a 3M shadow effect and throwing in all the usual extra’s in more colour-matched laces and a dust bag, the colourway mimics its namesake immensely, and the hues work off each other really well.

We love the fact Hanon have chosen a more subtle model to work with when pairing up with Onitsuka Tiger, as it gives a deeper insight into their brands heritage and also shows off their fine taste and knowledge too. We highly recommend setting up the telescope, brushing aside the astrology books, and setting the alarm, as come August 31st, Hanons order screen will no doubt, be lighting up.

The ONITSUKA TIGER x HANON COLORADO EIGHTY FIVE ‘Northern Liites’ edition is available in-store from 10:00hrs BST on SATURDAY 31.8.13 and remaining units will be online from 13:00hrs, via the link-through below. 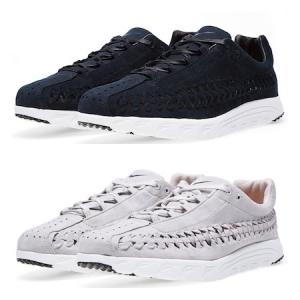