Recently, we checked out some highlights from the forthcoming PUMA AW14 footwear range, and believe us when we say there’s some heat in store for next season.

Starting with the general releases, we saw a lot of winterised running silhouettes – archive models beefed up with tougher materials designed to withstand everything a British winter can throw at them. This included a twin pack of an XS850 and a Disc Blaze built in leather and cork, and some seriously heavyweight Gore-Tex infused XS850s that got us feeling a certain way! The Trinomic technology certainly seemed to be leading the way for PUMA, with a healthy selection of the R698, XT2+ and XS850 daubed in cold-weather colours, plus a blacked-out Disc Blaze finished with premium suede and leather and a flecked gold sole unit. There was an interesting reptilian remix theme at the high-fashion end of the spectrum, with the Blaze of Glory and the Disc Blaze being given some striking extra modifications. However, the highlight for us was most definitely a look at some forthcoming colours of the Blaze of Glory. Reinforcing that sock-like upper with some premium leather and laser-perforated nubuck is an insanely good shout, our only problem was deciding between the black or steel blue! One of the most interesting developments from PUMA SELECT, their top-tier casual sportswear division, was the expansion of the Brooklyn We Go Hard collaboration that we first saw at the tail-end of 2013. BWGH have produced a whole range of trainers this time around and have even been given permission to modify and original silhouette: they have fused the XS850’s sole unit onto the R698 to create the XS698. While that is blasphemy to some, you can’t deny that BWGH have got the very best out of the new silhouette with the colourways they have produced. Other highlights from the SELECT range include a range of tasty Disc Blazes from New York designer Sophia Chang – that murdered-out black version takes some beating. Make sure to keep it locked with us at The Drop Date for all the info on these PUMA AW14 releases as the time draws nearer, or if you can’t wait until then, check PUMA’s SS14 range via the link-through below. 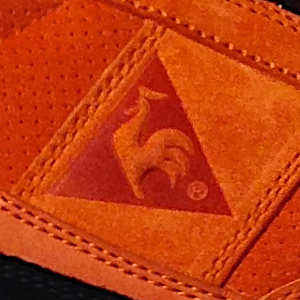