PUMA push on with their ‘A Touch of Class’ campaign, following up last month’s release of the Court Star with another archive reissue: the ‘GV SPECIAL’ EXOTIC.

The GV Special is named for Argentine court legend Guilermo Vilas, for whom it was designed as a signature tennis trainer in 1981. More interesting than his on-court persona were his antics off it, as he gained a reputation as ‘the ultimate playboy’. This four-way reissue seems to channels Vilas’ decadent spirit with some premium materials and elegant colourways. This line of bring-backs certainly lives up to the deluxe billing – the textures on the GV Special are as high grade as the Court Star, with the uppers crafted in full-grain leather and perforated suede, plus a leather sockliner and dimpled gold lace aglets.

The PUMA ‘GV SPECIAL’ EXOTIC is available now via the link-through below. 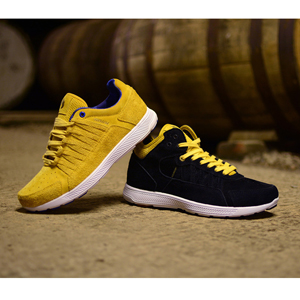