For part of their Spring/Summer 2013 campaign PUMA have reissued one of their oldest and most iconic models from their extensive back catalogue. The PUMA OSLO will once again see the light of day this season.

First released as a training shoe for the 1952 Winter Olympics, a retro later followed during the 1980’s but they’ve never been seen again since. During this 80’s era the design was licensed and different European factories producing their own versions with slight differences. But it’s the mock-up of West Germany made Oslo’s that was most recognised and which the reissue has been based on.

By focusing on the key aspects and utilizing premium materials, Puma have not only come up with a well made and quality looking model for today’s casual consumer but also a retro which can respectfully stand alongside its previous releases. In a time when other brands and companies seem to be following a trend of releasing vintage and original models it’s very easy for good intentions to go drastically wrong, but there’s no risk of these falling into that bracket.

Their smooth leather uppers provide form and comfort for the wearer which is offset by the vintage suede of the Midnight Navy and Green Lake formstrip. The front of the toe box includes an off-white suede overlay, replicating the features of their ‘80s release. The vulcanised gum sole, with unique tred pattern completes the basic look of the shoe. These however are far from a basic retro and Puma have included numerous details not seen on any of their shoes for over 20 years. These details include an eye for the leaping cat on the heel, article number stamped inside on the side of the shoe, printed tongue logo, gold sticker indicating the size and foot bed print showing the attention to detail applied.

These subtle additions aren’t initially obvious but they’re the details appreciated within Puma circles, and a possible indication of things to come. With the details Puma have replicated on these from the original shoe, the cake would have been to package them in one of their infamous ‘Green Boxes’. There has been talk of these making a comeback for special releases, so we’ll have to watch this space.

For the confirmed UK stockist list for the PUMA OSLO in the White / Green colourway, click through on any of the images below. 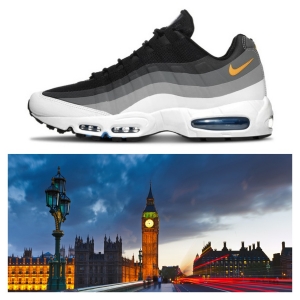 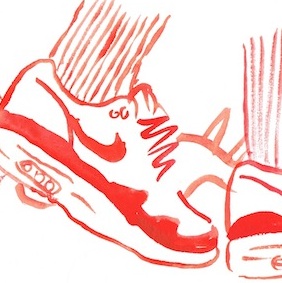