To say World Cup fever is in full effect this summer is an understatement, and the footwear tie-ins are dropping thick and fast to capitalise. Thankfully, instead of trotting out a load of tarted up vintage football silhouettes, Puma have taken a different approach and applied it to a couple of Trinomic classics – and first up is the PUMA DISC BLAZE from the TRINOMIC FLURO MESH EVOLUTION PACK.

It’s good to see the Disc Blaze has been getting some love recently. Whilst the original 90’s disc system was never the most effective bit of shoe tech for serious athletes, we loved it for being innovative, looking crazy (in a good way) and being totally different to the tech approaches taken by Reebok, Nike and Adidas at the time. Retro versions remained a bit niche until Ronnie Fieg’s 2012 rework of them brought them into the hype spotlight, and since then we’ve seen a slew of different colourways and materials hitting the streets, along with a super-techy lightweight version too.

For the Fluro pack, Puma have stuck with the chunkily-midsoled 90’s Disc Blaze silhouette, added an all-mesh FAAS evolution upper, then turned the volume up to 11 on the colourway – simple but damn effective! Apparently the pack is themed around the colours of those little training cones used at football training, but we don’t really care if it was themed around Sunny D flavours, Calippos from the ice cream van in the park, or young offender’s hi-vis vests – whatever the inspiration, the end product is fire!

For this pair, Puma have tango’d out the entire upper with a Stabilo-highlighter hue of neon orange, which is perfect for general neck snapping on the road – but the real devil is in the details. That Jordan-esque cement speckle covering the trinomic wedge midsole looks just right with the bright upper and sole, and Puma’s trademark soft suede has been applied to the toebox and tongue, giving the colourway some much needed balance and providing a great mix of textures too. The reflective 3M formstripe just then ices the (Jaffa?) cake. Great shape, decent materials, Trinomic comfort and a vintage green Puma box to keep ‘em in – what more could you want?

Powerful summer wear in both the DISC BLAZE and the more traditional tongue-and-laces XT2+ version, the PUMA TRINOMIC FLURO MESH EVOLUTION PACK is set to drop this SATURDAY 21.6.14 with the confirmed stockists, provided via the link-through below 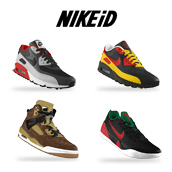 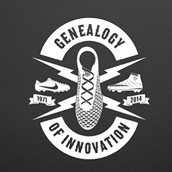