Misleadingly-named Parisian clothiers BROOKLYN WE GO HARD have teamed up with PUMA to apply their personal touch to a popular 90s runner and the result is the PUMA X BWGH R698 BLUEFIELD. BWGH are one of those design outfits that continually produce clean and well-cut garments, with particular skill in making use of unfamiliar materials. As the name suggests, the Bluefield R698 is made up of varying shades of blue. Coating the toe of a shoe in a contrast tone has become a hackneyed colour-blocking pattern, but somehow BWGH have executed this in a much more subtle way. The suede and mesh toebox is coated in azure, while navy suede covers the rest of the upper. Perhaps best known for their chenille-detailed sweatshirts, BWGH have channelled that signature touch in their makeup of the R698 and applied it in midnight blue to the formstrip on the midsection. The melange laces and white and grey midsole finish up a shoe which expresses the pure understated Gallic goodness of Brooklyn We Go Hard and adds another strong piece to Puma’s already-impressive 2013 lineup. The PUMA X BROOKLYN WE GO HARD R698 BLUEFIELD is set to drop on SATURDAY 07.12.13 from 00:00hrs GMT onwards, in extremely limited numbers with FOOTPATROL (in-store only), END and HANON and can be picked up via the link-through below come the time. 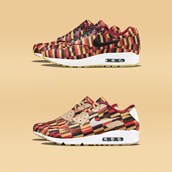 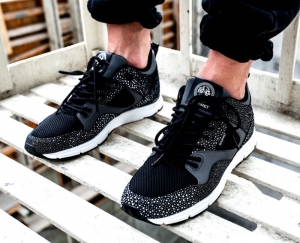