Reebok had a very productive 2013 which led to them to the top of many end of year lists and that impetus looks to be following through to 2014 with the release of the REEBOK EMBOSSED CAMO PACK.

Made up of three Classic Leather make-ups and a couple of the Workout Mid Strap, Reebok have covered the uppers in monochrome suede into which they’ve etched a woodland camo pattern. We reckon Reebok have been pretty inventive to make use of the contours of this classic, but perhaps overused, camo pattern without throwing the expected splashes of green and brown across it. The Classic Leathers come in a choice of Flat Grey, Black or Canvas, each with a two tone midsole and gum outsole, while the Workout Mid comes in Black and Sand, both again sat upon the crowd-pleasing gum.

The REEBOK CLASSIC LEATHER & WORKOUT MID STRAP from the EMBOSSED CAMO PACK are available now, and can be found via the link-throughs below. 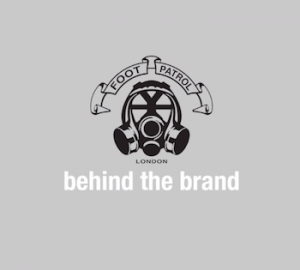 BEHIND THE BRAND: FOOTPATROL - A FILM BY LESTER JONES