2013 has started at a relentless pace, and we’ve already seen a wealth of iconic runners, in their original make ups hitting the shelves. Not ones to miss a trick, REEBOK have brought back one of their flagship running shoes from the late 80’s in it’s original livery, the ERS 2000.

You’d be forgiven for forgetting about the strength of Reebok’s runners game, with all the noise Swizz Beats and friends have been making over their Basketball retro’s of late. However let’s not beat around the bush (pun very much intended), Reebok has a very strong back catalogue of runners, and the ERS 2000 is up there with the best of them.

First appearing in 1989 in this original colourway, and incorporating Reebok’s Energy Return System (ERS) technology, they are as good a shoe today, as they were back then. Build quality is very high on the Retro, suede mudguard and heel cup, nylon mesh vamp and tongue are exactly as they should be. The Reebok Royal Blue and Slam Orange colours do their job nicely and make the whole shoe pop, bringing this original classic, back to life once again. Like all flagship runners of the late 80’s, the technology is still there under the heel, with a cutaway in the outsole, to reveal the ERS system.

From what we’ve seen so far, this year is going to be a very strong one for the brand. With the 30th anniversary celebrations of the Classic Leather (CL) very much underway, and a sighting or two of the illustrious GL6000 already, starting the season off with the ERS 2000 has definitely set the benchmark for things to come.

We take a closer look at the REEBOK ERS 2000 below, and simply click on any of the images to see who’s carrying them in the UK. They’ve been out for a month or so now, and as the sunshine approaches you’d best be quick, before they’re confined to the archives once again. 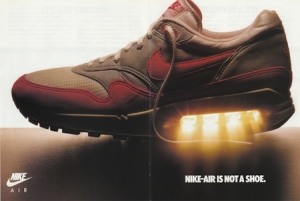