When it comes to bringing back running shoes from the archives, Reebok know a thing or two about doing it right; not only do they possess one of the strongest back-catalogues of any brand, but they also pay close attention to what made the shoe great in the first place.

The REEBOK GL6000 is a perfect example – first released in ’85 as a runner focusing on stability and cushioning, this was a cutting-edge showcase of tech at the time.  Despite the restrained suede-and-mesh looks (especially compared to some of the wild Reebok runners that came after it!) the 6000 was packed with innovations, including an asymmetric heel stabiliser, ‘Reebound’ motion-control midsole, forefoot flex-wave to help keep the foot centred, and a Goodyear ‘Indy 500’ Carbon Rubber outsole for durability. Premium pigskin and polypag mesh on the upper rounded out the lightweight package.

After the initial release the GL6000 remained locked in the Reebok archive until 2000 when it saw a limited release, but it made noise again in 2010 when it was dusted off for it’s 25th birthday, and came back with better quality and limited numbers.

Thankfully those who missed out get another chance, as the GL 6000 is back for 2013, with a release that stays very true to that 25th Anniversary formula.  Whilst the outsole has lost the Indy 500 branding, and the heel piping is no longer 3M reflective, these are minor downsides compared to the good stuff – the shape is great and still true to the ’85 originals (avoiding the bulbous toeboxes some other brands suffer from!) whilst both the build and materials are on point, with rugged suede and decent mesh in effect. That 4-part multi-density midsole both looks and feels the part, and the classic Reebok woven logos are present and correct, right down to the Union Flags.

2013 is set to be a big year for the brand and their retro runners, and these REEBOK GL6000 offerings are a classy follow up to the recent ERS 2000 drop. The Grey / White / Blue colourway is available now, and you can check the PRODUCT PAGE for more info at the end of the post. 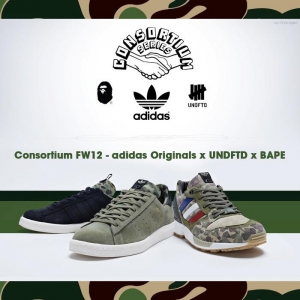 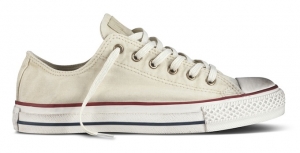