Fury seemed to be a theme in 1994.  We don’t know if it’s a coincidence, but Pulp Fiction came out that year, and immediately became iconic for Samuel L’s speech about “striking down upon thee with great vengeance and furious anger…”  Meanwhile, somewhere else in America Reebok were getting ready to make a strike at Nike with a similarly furious nature – the REEBOK INSTAPUMP FURY OG.

Let’s be honest here – the Pump Fury was designed as a middle finger to Nike’s Air Max line.  These were the days of the Nike v Reebok Tech Wars, and the Reebok team were looking to land a KO blow by producing a ‘concept car’ of a shoe, showcasing the ultimate tech of the time.  And they were deadly serious – this was no Homer Simpson ‘car of the future’ gimmick fest – on release the shoe actually ended up winning a popular science award for innovation and was displayed in the London Design Museum.

As far as showcases go, this was a pretty impressive one – the Fury featured a full carbon fibre graphlite arch bridge which totally separated the forefoot and heel sole units, both of which were Hexalite equipped, whilst the upper consisted of little more than a padded heel and tongue wrapped in a pump bladder.  This was the Fury’s trump card, as the bladder inflated to form a complete exoskeleton, securing the foot and allowing a completely adjustable fit without using laces.  It also meant the Fury looked like it had fallen from outer space after it’s planet exploded!

So, design wise, the shoe was a masterpiece of tech.  But Reebok’s marketing heads were sweating – how would people react to those bugged out looks? As time has told – pretty freaking well, overall!  We can remember these being like shining beacons of unobtainability on the top shelf of Champion Sports back in ’94 and ’95, and dreaming of owning a pair so we could show off to our mates by inflating the Instapump system with that dinky little CO2 canister.

For us, all those ’95 dreams of snapping necks are summed up by this original Hyper Green/Red/Black colourway. Like aqua and lemon on a ZX8000 or Infrared on an Air Max 90, this is the definitive colour of this shoe, completely unmistakeable and the final ingredient it needed to become truly iconic.  As usual, Reebok have done it justice, and this anniversary edition is true to not only the original palette, but also the materials, shape and build – the only thing missing is that inflator!

The REEBOK INSTAPUMP FURY OG is available now, in limited numbers and can be picked up via the link-through below. 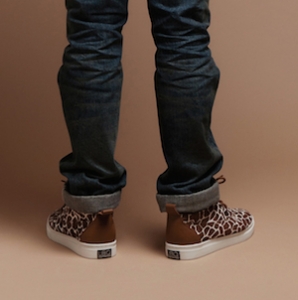 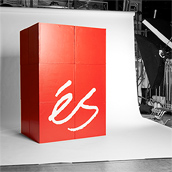 INTERVIEW WITH PIERRE-ANDRÉ SENIZERGUES FROM ÉS