The Sole Trainer has always had a bit of an identity problem, but as with a lot of Reebok’s 2013 output, a faithful remake has it looking fresher and more confident in the form of the REEBOK SOLE TRAINER OG.

The Sole Trainer’s always been a bit of a mystery to us, as while it’s always had an unmistakeably ’90s look, it’s usually been treated to low-key releases in various colourways and materials that made it look unfamiliar, and didn’t bring the best out of the model.

Thankfully, as the ‘OG’ label suggests, Reebok have decided to take the shoe back to it’s roots and it’s much better for it. Originally known as the Mantra HXL, the model debuted in 1990 as one of the pioneers of the new breed of Hexalite cushioned runners, and used moulded support ribs over a mesh and leather upper for a distinctive look that screams 90’s Reebok. We’ve no idea why it showed up in some catalogues back then called Concorde HXL, and no idea why it was renamed the Sole Trainer, but we’re not too bothered either, as in this make-up it looks superb and clearly demonstrates it’s retro credentials.

This time out the Sole Trainer features an upper dominated by light greys and subtle silver mesh punctuated by the deep teal and liberal use of neon really making the most of the overlapping upper, while the sole unit features more signature interlocking hexagons than a day-glo beehive. Proper 90’s and all the better for it.

While these don’t quite have the meticulous OG accuracy in shape and build of the recent LX8500, or the materials of the Inferno OG, they’re another solid and authentic retro from the Vector brand at reasonable pricepoint, and are certain to snap some necks this autumn. The REEBOK SOLE TRAINER OG is now available and can be picked up via the link-through at the foot of the post. Go get! 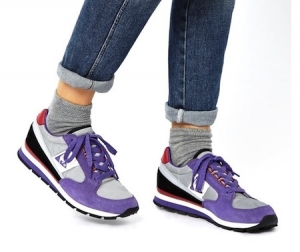 5 With... Marcel Holzmann AKA Prince-Jamal