We’ve got love for Reebok’s mid-90’s basketball line here at The Drop Date, even if perhaps they’re not the easiest range of kicks to wear off court – and Stockholm’s collab masters SNS feel the same way if their latest release, the REEBOK X SNEAKERSNSTUFF KAMIKAZE II MID ‘HERRINGBONE’ are anything to go by. The Kamikaze II was one of the early signs that Reebok Classics were back with a vengeance! Easily the best shoe in the Shawn Kemp signature line, this was a model that Reebok appreciators worldwide had been fiending to see re-released.

Originally a 1996 drop, the Kamikaze II became a favourite back then due to the combination of it’s distinctive look and the fact they were on the feet of one of the NBA’s most athletic players, making nightly appearances on ESPN highlight reels (normally a few feet above ground level!) However we didn’t get a sniff of them in the UK, instead just having to look at shots of them in SLAM magazine and the Eastbay catalogue. Tough times. Sweden’s SNS need no introduction here. Founders and footwear connoisseurs Erik and Peter have been doing their thing since ’99, putting out a string of strong collaborative efforts, and recently teaming with Reebok Classics to put out a new shoe every month in 2013! Quality is usually a hallmark of the SNS approach, and the Kamikaze II ‘Herringbone’ doesn’t disappoint. Themed for autumn wear, the whole upper comes in herringbone textured wool, with the midsole, pulltabs and logos finished in a soft shade of bone. Tonal treatment is nothing new, but it’s a fresh take on a shoe that’s known best for it’s contrasting upper, and makes a subtle, wearable boot out of a shoe that’s normally pretty damn loud. As usual with SNS you get a choice of matching laces, letting you add more pop or tone things down further.

The REEBOK x SNEAKERSNSTUFF KAMIKAZE II MID ‘HERRINGBONE’ is set to drop on Wednesday 30th October and if you’ve got the need for tweed, we’ve got you the link-through at the foot of this page come that time. 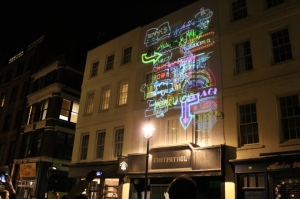 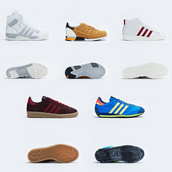