RISK YOUR SOLE sees our friends at NIKE put London’s lead sneaker retailers and legends of the industry head-to-head in a high stakes battle of football and sneakers. What are they risking? Their prized collections – and their pride!

Kicking off online, the eight competing teams will take each other on in a digital sneaker battle – submitting their best sneaker line ups for public vote. At the Phenomenal House the contest will come to a tense conclusion as the teams finally meet in a 5-a-side tournament. Who will come out on top?

The timetable for the digital side of things looks like this:

Thursday 22nd May
• Round 1 – Digital tournaments launches and voting kicks off at 12pm
• 8 Teams, 4 Matches
• Votes collated and announced on nike.com at 10am on Friday 23rd

Friday 23rd May
• Round 2 – Digital tournament and voting continues at 12pm
• 8 Teams, 4 Matches
• Votes collated and announced on nike.com at 10am on Saturday 24th

Saturday 24th May
• Round 3 – Digital tournament and voting continues at 12pm
• 6 Teams, 3 Matches – results determine final ranking & no. of points
• Votes collated and announced on nike.com at 10am on Sunday 25th

After the digital part has finished, the football tournament is next up:

Wednesday 28th May at Phenomenal House
• All teams battle it out on the pitch with 4vs4 tournament. Aggregated points will determine the final score crowning the winning team ‘Risk your Sole Champions 2014’, while walking away with the ultimate sneaker collection.

The NIKE’S ‘RISK YOUR SOLE’ DIGITAL TOURNAMENT runs through MAY 22ND–25TH. Head over to Nike’s dedicated microsite to get involved – WWW.NIKE.COM/RISKEVERYTHING. Voting begins today, so head on over to the site and cast your vote now: with Tinker Hatfield’s official endorsement, you know this is serious business! 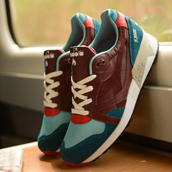 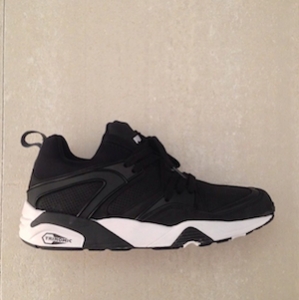