Saucony has built a reputation over the last couple of years for releasing quality over quantity when it comes to it’s retro catalogue, and the SAUCONY GRID 9000 WHITE RIVER PACK looks set to continue that flow.

The Grid 9000 has been on a bit of a tear since it was re-released, with heavy hitting collabs from Bodega, Packer and SneakerFreaker, along with some great inline colourways too. It’s definitely a 90’s shoe (1994 originally) with a focus on tech midsole cushioning, alongside the distinctive floating top eyelets and huarache-style inner bootie – but it’s aged better than many of the same vintage, proving to be a versatile canvas that works with a raft of different make-ups and materials, not to mention damn comfy on foot!

All three come in quality plush suede, and are united by the pale gum sole and the white signature S logo – the brand’s name originates from a creek in it’s native Pennsylvania, and the logo represents the constant flow and movement of the water – White River Pack, see?

The SAUCONY GRID 9000 WHITE RIVER PACK is scheduled to drop on FRIDAY 11.10.13, and as the name suggests we expect they’ll be rapid movers – as always, we’ll have you covered via the link-through below come the drop date. 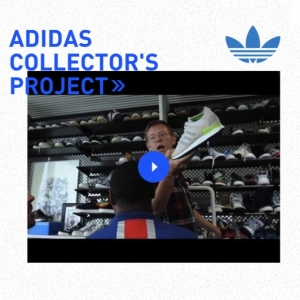