As darkness descended on Berwick Street on Tuesday evening, amongst flashes of neon lights and chinese lanterns Footpatrol played host to the long awaited climax of its first partner project with Saucony. Since the ‘Only in Soho’ collaboration draws strongly on the particularities of the aforementioned locale, the store was the perfect setting to play out the x-rated themes of the SAUCONY ORIGINALS X FOOTPATROL ‘Only In Soho’ SHADOW 6000, which is scheduled to launch exclusively with the London retailer this Saturday 2.11.13. The organisers played on the distinct change of atmosphere and clientele that the darkness brings to Soho; indeed the event felt less like a shoe launch and more like an illicit gathering of deviants. Multicoloured streamers hung in the doorway, offering only a peek at the activity behind and leaving the rest to the imagination. Inside the illusion was upheld, with the dimly lit room lined with racks of “Only in Soho” DVD jewel cases (complete with a Sneaker Freaker review quote) and a peep show box that projected 70s-era erotica over the silhouette of the Shadow 6000. The centrepiece was of course the shoe itself, displayed proudly within reach of the onlookers’ groping hands. Certainly with so many admiring bodies crowded around a single object of affection, passers-by could be forgiven for mistaking the event for obscenity, until that is, they saw the fact that everyone was getting flustered over a pair of trainers… but what a cracking pair they are, right? and we’ll be getting up close and personal with them when we preview the shoe on Friday, ahead of it’s weekend launch. As 8:30 approached and the “main show” drew closer, the crowd spilled out onto the street and all eyes turned upwards to witness a light show on the building above the storefront. The video was a definitive celebration of Soho’s history and culture, from the music heard in its jazz clubs, to the chinese presence, and of course the notorious sex industry, all lit up in trademark neon. The video was a good reminder of why Footpatrol chose to conceptualise their surrounding area in a shoe and the payoff of this careful thought is evident in the final product. The event followed through fantastically with the theme, providing a strong level of authenticity in the paraphernalia and entertainment throughout the evening. It’s clear that from start to finish on this project, which included a lengthy delay to improve the quality of the shoe, Saucony and FootPatrol have exercised an attention to detail that is admirable, and leaves us very excited for the drop.

Many thanks to SAUCONY ORIGINALS and the FOOTPATROL crew for an event well done, and a release that is 100% up there with the best of the year to date. The ‘Only In Soho’ SHADOW 6000 is scheduled to drop exclusively with FOOTPATROL on Saturday 2.11.13 and full details can be found via the link-through below. 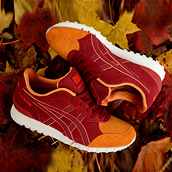 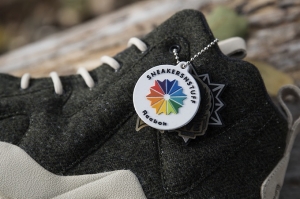