When Eric Fagerlind and Peter Jansson opened SNEAKERSNSTUFF in Stockholm in 1999, they started something rather special. Over the past 15 years they’ve been at the forefront of the sneaker retail scene, offering one of the best selections of footwear and accessories in Europe. So it comes as a very pleasant surprise that they’ve just announced the opening of their forthcoming London store, due to open at the end of May.

This is clearly no pop-up operation, as we’ve heard reports of a 2000 square foot retail space that’s promising the very best from all our favourite brands in both shoes and apparel. Situated next to the newly opened Ace Hotel on Shoreditch High Street, it’s in the very centre of the happening part of town. To quote the official statement, Peter says “Over the years we have realized that sneaker lovers (or should I say trainer lovers?) are the same all over the world. So it feels very natural for us to expand outside of the Swedish borders.“

We’re really looking forward to welcoming the SNS team onto these shores and we’ll be featuring them a lot more on the site going forward, too. We’ll post up more news as we receive it, but in the meantime, you can check out SNEAKERSNSTUFF’s hugely impressive arsenal of products via the link-through below. 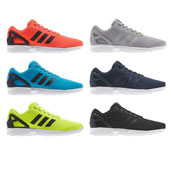