As we mentioned earlier here on The Drop Date, the 10th anniversary Supreme Nike SB Dunk dropped this week – and whilst we guessed that interest levels would be high, the actual demand was unprecedented. Looking at the streets of London, New York and Los Angeles on Thursday 19th July, you’d have thought there was free money being handed out.

In New York and L.A., people started lining up days before the release, spending several nights on the sidewalks or in alleyways, through rain and summer humidity. Here in London, things were more subdued until the Thursday evening, when the first UK fans hit the pavements, armed with camping chairs and sleeping bags.

Due to time differences, the shoes were released in London first, when a crowd of 300 jostled into line and got their credit cards out. There were clearly enough pairs to satisfy the immediate demand, as there were still some available into the late afternoon, but these soon disappeared. In the US, things went much the same, although the website allocation was sold out in under a minute with many people cursing as they didn’t manage to checkout in time.

Today saw the final stage of the release, with overnighters lining the streets in Japan for the final chance to pick these up at retail price. For all those who missed out, eBay will be your friend for the foreseeable future with almost 100 pairs waiting patiently for buyers. Those who forked out $500+ for ‘preorders’ (ie. people who were already sat outside the stores and were buying to order) may wish they’d held out a little longer, as prices are already falling.

To some, this release was the height of madness, but seeing this level of obsession can only be a good thing for the industry. We’ll address this again shortly in a Drop Date feature. 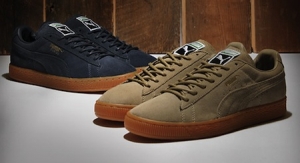