The NIKE AIR JORDAN VI is an important shoe. From footwear collectors, basketball obsessives and ’90s kids trying to relive their youth through to Jay-Z and Kanye, pretty much everyone who has ever even thought about wearing a shoe with a Jumpman on it loves the VI. As it turns 23 years old in February, we take a look at it’s history and what Jordan brand has in store to celebrate in 2014.

For at least a few of the heads affiliated with The Drop Date, the VI was where it all started. In the UK the Jordan line didn’t get officially distributed until the V in 1990, and while that lit the fuse, it wasn’t until the VI in ’91 that the Jumpman really blew up. The VI’s were unmissable and unmistakeable – No matter where you saw them first, on a store shelf, in the playground or walking past you on the high street, you wouldn’t forget clapping eyes on a pair. That headline black/infrared colourway just grabbed you by the retinas with their neon pop on a sleek black nubuck background. On the streets, nothing was as fresh. And on the court, nothing was as deadly. In the NBA, Mike took his VI’s all the way to a championship series against the Lakers, where his Chicago bulls crushed them within five games. MJ had his First championship ring to go with his regular season and finals MVP awards. This was the blueprint of his further success, with another five ‘chips arriving in his next five full NBA seasons.

Similarly, the VI was also a blueprint for future greats. Designer Tinker Hatfield had a tough task going one better than the Jordan V, but took the best elements of it then mixed in design inspiration from Michael’s Porsche 911 turbo and formal dress shoes to up the ante further. Definitely a risky design, but as with so many Tinker’s ideas, the risk paid off. The dress shoe look went on to inspire the Jordan XI, the exotic car links filtered down to the Jordan XIV and MJ’s preferred ‘clean toe’ look which debuted on the VI became a mainstay of the Jordan series. Whilst the A shoe of firsts, it was also the last Jordan to feature the iconic ‘Nike Air’ heel branding and visible air unit. Maybe it’s this combination of much-loved features and new directions that made the VI instant vintage, and ensured that it remained a sought-after favourite long after later models had come and gone.

1993’s original colourways were some of the best ever seen on a Jordan – Black/infrared is the daddy, and is an undisputed ‘grail’ in the eyes of most Jordan heads, while in most people’s eyes the Carmines run a very close second. The OG drop also featured the White/infrared, which MJ wore for most of the NBA season, and was rounded out by the incredibly rare White/Maroon and white/sport blue models. Over the intervening years we’ve seen numerous retros and new colourways, but generally original has been favoured over new with the VI up until now. So what’s 2014 got in store for appreciators of the VI? Pretty much everything we could ask for! Whilst personally we’re looking to forward to the spring drops of the White/Maroon and White/Sport blue models which haven’t seen the light of day since 1991, the surefire winners will be the Carmines which release in Late May – And the Internet will probably explode if/when Nike confirm that the Black/infrareds are making a reappearance in November, as is currently rumoured.

Before then Nike lead us off with the welcome return of the White/Infrareds – classics that no VI head should be without. Dropping alongside these is the all-new ‘toro bravo’ colourway, which takes the now familiar Jordan theme of an all-red upper, but features tumbled leather instead of suede or nubuck as seen on the Toro IV and V’s. So 2014 is set to be landmark year for the VI with old favourites and fresh takes both set to make their marks. Things kick off in a big way this SATURDAY 15.2.14 when we see the eagerly anticipated NIKE AIR JORDAN VI WHITE INFRARED drop, and you can find full release info and the confirmed list of UK stockists via the link-through at the end of the post. Special thanks to @Gerard_OG_VI, Dave Stewart and @hotspot472 for some of the additional images – taken during the mouthwatering exhibition at the last Crepe City – and if you’re not already following them, you should be. 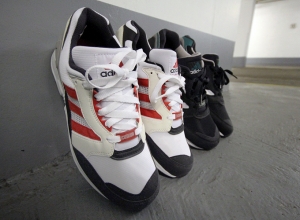 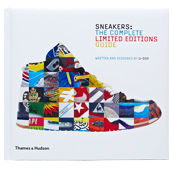