Paris Fashion Week revealed the UNDERCOVER x CONVERSE ALL STAR, bringing Japan’s design mastery to the canvas of the classic Converse All Star.

The Converse All Star is one of the most iconic shoes in the world, recognised and celebrated for its unmistakable silhouette and acclaimed for its cultural authenticity. During Paris Fashion Week, these All-Stars were spotted, rumoured to form part of a forthcoming FW18 collaborative collection from UNDERCOVER and Converse. Inspired by Stanley Kubrick’s ‘2001: A Space Odyssey’, designer Takahashi Shield used a simple colour palette on the canvas uppers of the shoe, contrasted with what appears to be patent leather across the toebox. On the left foot of each pair, the word “ORDER” is printed, while the right foot reads “DISORDER”.

It’s not yet confirmed if the UNDERCOVER x CONVERSE ALL STAR is getting a full release or whether it was simply part of the Fashion Week collection: keep checking in with us for any official information as we receive it. In the meantime, check out the latest releases at CONVERSE by clicking the banner below. 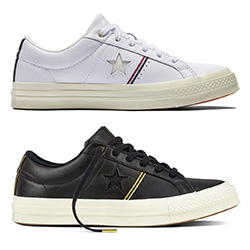 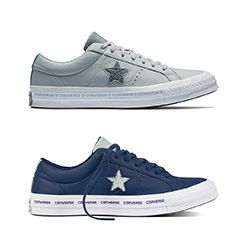