Hopefully you’ve already seen our last NIKEiD feature over here, where we explored the world of classic colourways across a few of the base models out at the moment. To follow up and as a second part to our iD series of features, we thought we’d take a look at something that has just arrived to the selection: the NIKE KOBE 9 ELITE LOW iD.

When the HTM edition launched in Milan back in April, everyone went nuts. The combination of the sleek profile, contoured midsole and low cut ankle section resulted in a serious-looking piece of footwear. As with most HTM projects, the response was phenomenal and a few lucky souls managed to get their hands on pairs, images of which were then shared across all social media networks within minutes. Those of us sat at desks watching the excitement through our screens could only wait in hope that there would be a wider release (as seen with other Flyknit releases in the past). Images of other colourways leaked out – a purple version called the ‘Michael Jackson’ and a lovely greyscale edition entitled the ‘Beethoven’ – but none of us were prepared to find the shoe sitting and waiting on the NIKEiD platform this week.

So, first up, we thought we’d try something inspired by one of the HTM releases – just for fun. A Multi upper, a Wolf Grey swoosh, white outsole, black tongue… it’s a good combination that’ll quench your thirst for the original HTM multi shoe. And, looking at current eBay prices, it’ll cost you ten times less too… The ‘Supreme’ colour palette (we’re thinking grey, black, red and white here) is always fun to play around with too. Very hard to create a monstrosity when you keep to this selection of colours. Keep it subdued across the uppers and then add a dash of red and a white swoosh to give it a bit of pop… These are bangin’! Volt, Volt, Volt – and black! We tried something utilising one of Nike’s most popular colours – Volt, in case you were wondering – and dropped in the black to add some extreme contrast. The Glow in the Dark outsole is a nice finish to a rowdy-looking creation. We could play on here for ages, but to round off, we’ve gone for perhaps our favourite of the concoctions we came up with: every shoe needs a name, so we’d like to introduce you to The Graphite Wizard. It’s low-key, smart and balanced, making the most of the black carbon fibre on the heel and then dropping in a little speckled section on the white midsole panel. Grey Flyknit uppers will never look bad either. When you first look at the options, you’ll see only three offerings for the upper section, but it’s the myriad of colours, materials and panels that really bring this shoe to the forefront of custom technology. We’re huge fans of this shoe and it would be crazy to miss out on this opportunity to make your own options. We doubt the Kobe 9 Elite Low options will hang around on the NIKEiD platform for too long, so click on the link below to iD yourself a pair right now, before they’re gone for good. 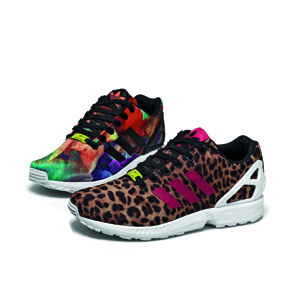